La Blu familia aka. Blu Ballaz played in a West Side Softball Tourney yesterday. Though not all of us were from Blu we were all reppin' Blu at heart. Short fall of a victory during the semi-finals thanks to Molson Canadian, getting sponsored half way through the day might have blurred our vision and threw off our game slightly but we wouldn't have had it any other way. It was a blast hanging wth the crew and chatting up with other brokerages around the city. It was good to see everyone out of their suites and kicking butt on the field. Macdonald Realty better watch out though we're coming for your trophy next year! 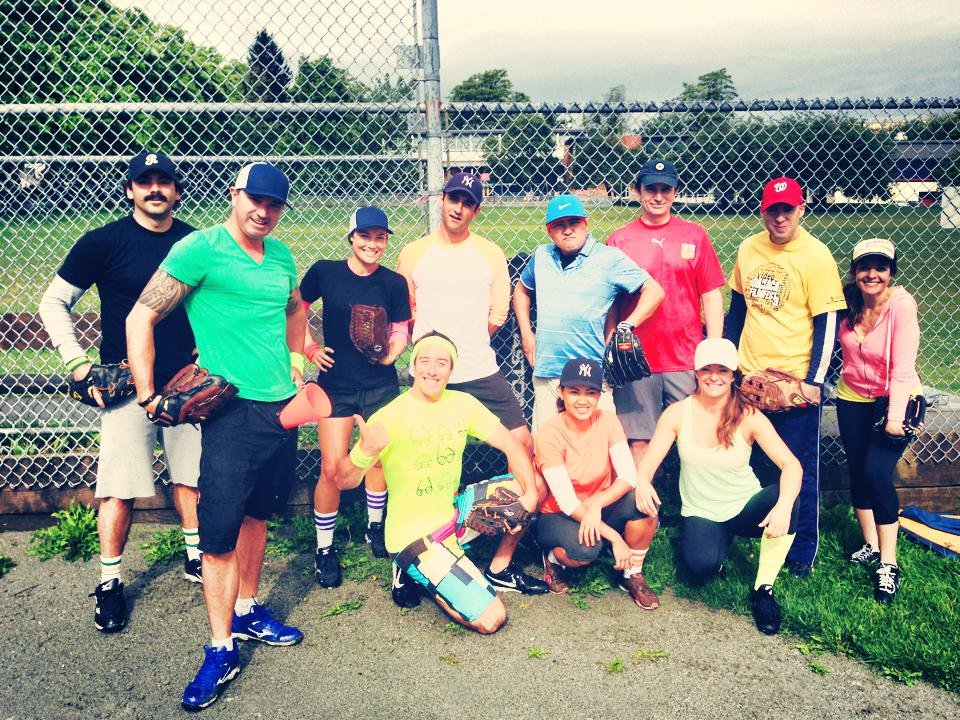 Glenn schooling us to stay focused.

Yes we were a colourful bunch, the theme was neon. 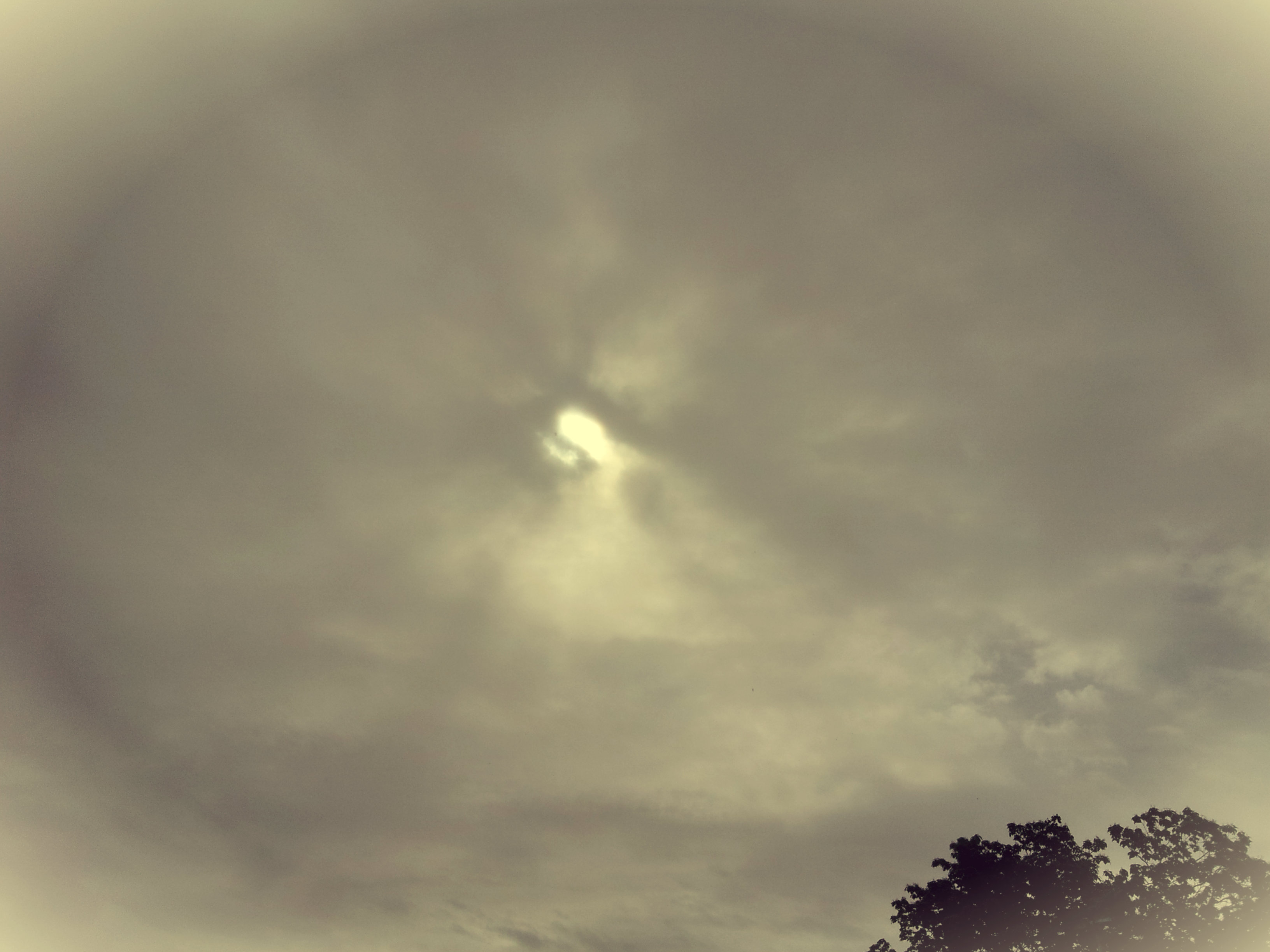 That was the most sun we got for the day.

A lot of love in the air. 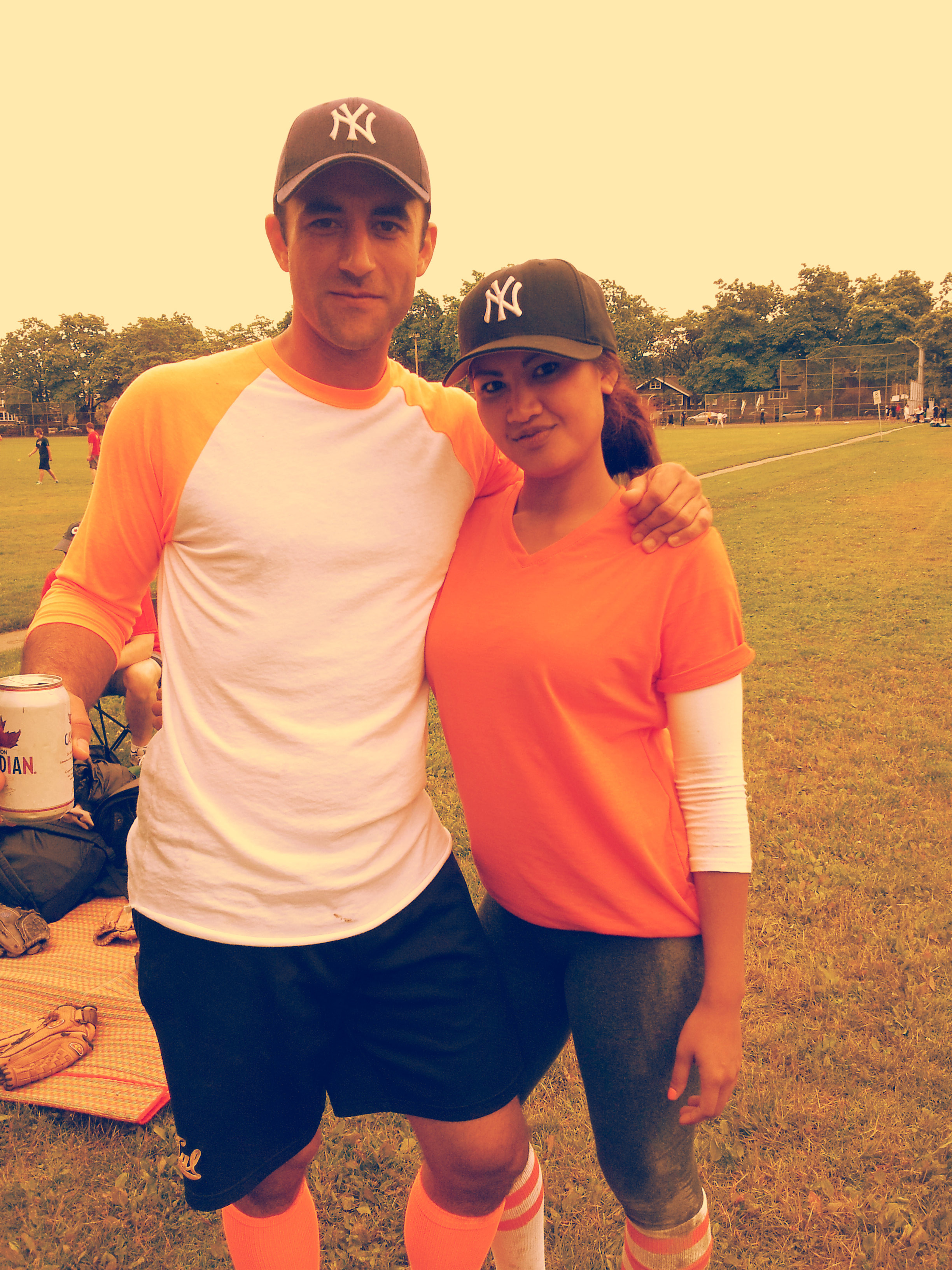 We got sponsored half way through the tourney with massive loads of Molson Canadian.